On this #MemorialDay2021: Remembering 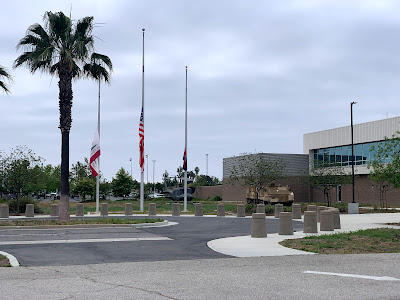 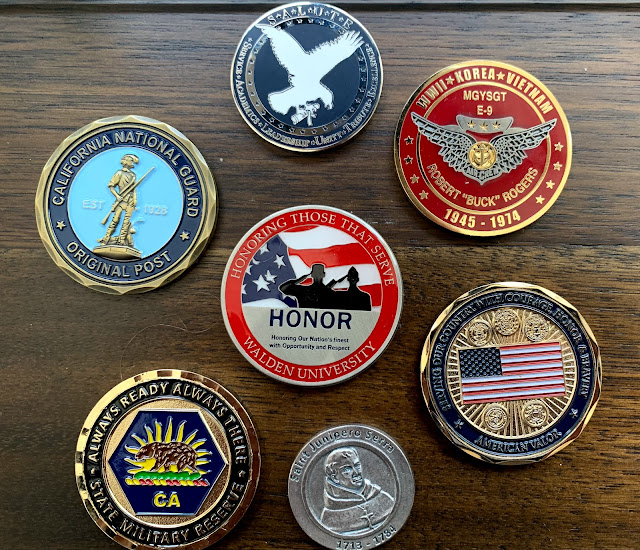 A little history about Memorial Day.

Memorial Day was first observed in May 1868. First called Decoration Day Major Gen John A. Logan declared that this day should be observed on May 30th as a time for the nation to “decorate” the graves of those that gave their lives in the Civil War. The first observance was held that same year at the Arlington National Cemetery.

Memorial Day is the day for the national remembrance of all those who died serving the United State of America. Let us remember all those who gave up their comforts of home to protect our country and who sacrificed their lives for our freedom. Thank you for your service.

Notations From the Grid (Month-End Edition): #RandomThoughts For the Week

We present the following on the 1619 Project courtesy the team at the New York Times along with some recommended readings from the man behind the Daily Stoic, Randy Holliday as we wish all a Happy Memorial Day Week-End:
###1619 Project######

One of the tricky things post-Corona will be figuring out how to protect the reading time I've carved out for myself over the last year. Yes, things have been tough with two little kids and no childcare, and also not traveling for the last year has meant fewer opportunities to binge read on airplanes, but for the most part, no meetings, no events, and no other nonsense has meant so much time with books! As life starts to fill up and the creep of obligations returns, I'll have to be extra diligent to protect the slower pace of life and the stillness that has been so good for my mind. I hope you will too. Don't just let things 'go back to normal'—because in many ways normal was abnormal and if the last year has shown us anything, it's that we should spend our lives doing what we love while we can.

Also, thanks to everyone who has supported our new bookstore, The Painted Porch. It's been wonderful to see some of you in person and we've had a lot of fun fulfilling the online orders. Links below go to books we carry (and Amazon for the more obscure titles), plus some other all-time favorites.

Every morning, I read a page from Tolstoy's A Calendar of Wisdom. Obviously, I am a big fan of the daily devotional concept, but to be able to read a collection of thoughts (and favorite quotes) from one of the greatest writers of all time is a pretty incredible way to start the day. As a result, it's one of our bestsellers at The Painted Porch. As I said, I love narrative nonfiction and Shadow Divers is a book I have loved and am batting a 100% when I refer it to people. Great story. As far as books about Texas go, Goodbye to a River by John Graves is awesome (also a good memoir too). We've also been raving about Outside, Inside by LeUyen Pham, which is a beautiful kids' book that explains the events of the last year in a way that's been very helpful and inspiring. And Does It Fart? is a ridiculous book but kids love it.

King of the World: Muhammad Ali and the Rise of an American Hero by David Remnick

Sometimes you read an award-winning book from a few decades ago and you're like whoa. It's obvious why this book was popular then and it holds up well. It's ostensibly about Muhammad Ali but really it's just a great look at the 1960s from dueling perspectives of very different personalities (Ali, Patterson, Malcolm X, Liston and all the great journalists who covered them like Baldwin, Plimpton, and Mailer). It's a short read, but I really enjoyed it, and it has sent me down an Ali rabbit hole since.

I re-read Invisible Man in June of last year, after the death of George Floyd. I was stunned at how relevant a book written in 1953 turned out to be (we carry Invisible Man and people still love it). I wanted to read more about Ellison, who seemed to be unable to follow up the book with another novel. Rampersad, whose books on Jackie Robinson and Arthur Ashe are quite good, put together a definitive (if a little slow) biography of this complicated man. It seems like Ellison ran smack into what Pressfield calls "the Resistance," it was also sad to see him slowly close his world off, caring more about his art than what was happening in the world. Still a very good book about a very good writer.

Against the Tide: Rickover's Leadership Principles and the Rise of the Nuclear Navy by Dave Oliver

Is Admiral Rickover one of the most influential people most people have never heard of? Possibly. He invented the nuclear submarine, which itself is a not well-understood but deeply influential change in the 20th century. To be able to have a silent, traceless, self-propelled navy that can carry nuclear weapons (and the deterrent therein) anywhere in the world? This is the secret heart of American dominance from the Cold War on. And Rickover was the bureaucratic and scientific genius who not only made it happen, but ruled over it with an iron fist from the Truman administration on through to Reagan's presidency. For people who have loved my recommendation of Boyd: The Fighter Pilot Who Changed the Art of War, this book will be enjoyable. I'd love a riveting biography of Rickover, but this character study does the job for now.

Martha: The Life and Work of Martha Graham by Agnes De Mille

I've heard a lot about Martha Graham, mostly in Robert Greene's book Mastery (an all-time fav) but I'd never read anything directly on her. This book (my used copy was given as a birthday gift to someone named Paul in March 1994) is one of my favorite types of books. It's a biography by someone who not only liked their subject but spent a lifetime trying to understand what made them tick. (Agnes De Mille was not only the director Cecil De Mille's niece, but a world class dancer who worked with Graham). There is so much brilliant character study in here...although I would say that, like many greats, you end up pitying the subject as much as you admire them. Graham was brilliant but it appears deeply unhappy. In any case, great book!

Misc.
Cal Newport's new book A World Without Email is timely and good. I read Sally Bedell Smith's biography Elizabeth the Queen, which was good in spurts but I was hoping for an epic look into what really made the woman tick. Jessica Lahey's The Addiction Inoculation is good (I love her book The Gift of Failure—a must read for parents) and we had a good podcast episode about it for Daily Stoic. Kate Fagan's new book, All The Colors Came Out is a moving memoir about her father's last year (she left ESPN to be with him and her mother as he died of ALS) is touching. I loved her book What Made Maddy Run? as well, which we carry at The Painted Porch.

Kids
Like I said, Outside, Inside is an incredible kids book. Highly recommend. We've also loved Most People, which also serves as a good reminder in these divisive, pandemic times. We got Little Excavator which is a fun one. We remain hooked on A Poem For Every Night of the Year, especially the last month, which had a bunch of animal ones the kids loved. I just interviewed Charlie Mackesy this week, so we also re-read The Boy, The Fox, the Horse and the Mole which is clearly destined to be an all-time classic.

Our team hereby presents the following throughout all our platforms to give voice to two leading human rights activists in the World:

Notations From the Grid (Weekly Edition): On Retirement

As part of our commitment to feature key ideas here to educate & empower, We present the following on Retirement courtesy of the team at the Visual Capitalist : 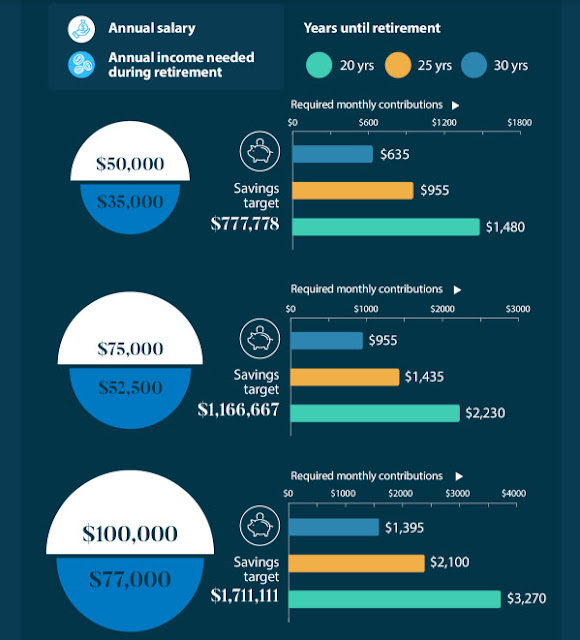 #SundayThoughts: Stillness is the Key | Ryan Holiday | Talks at Google

Notations From the Grid (W-End Edition): Canticle of the Birds

The Politico's Matt Wuerker reflected upon Cancel Culture This Week: 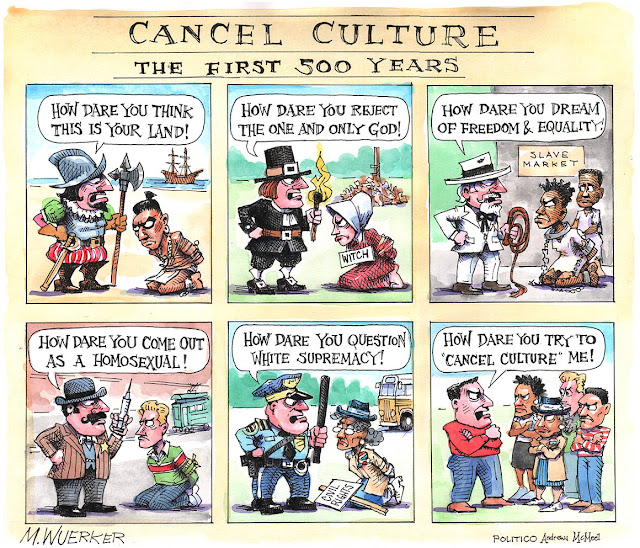 Notations From the Grid (Mid-Week Edition): On Military Spending in the World

The team at the Visual Capitalist released this on Military Spending around the World This Week: 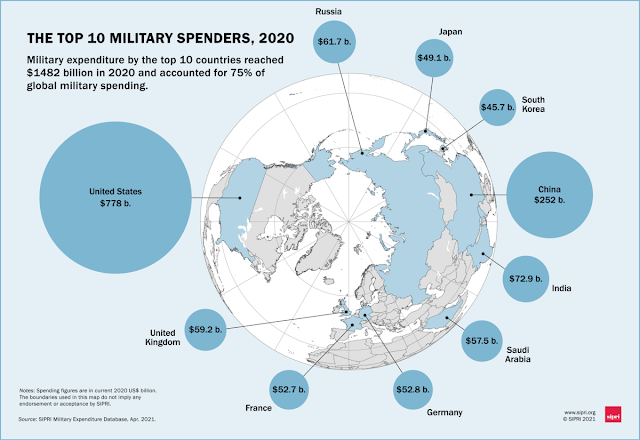 Notations From the Grid (Weekly Edition): On the Scene in California

California Governor Newsome just announced its' May Revised Budget Numbers based on a large Budget Surplus.   We present this courtesy to the team at EdSource & the Governors' Office on what some of the proposals entail: