As we went to press, we have seen a continue spike in COVID-19 Cases.    A sampling of the reporting as noted by the Washington Examiner is noted below:

Email ThisBlogThis!Share to TwitterShare to FacebookShare to Pinterest
Labels: COVID19

The team at Ozy Put together a profile of 86 Angelic Troublemakers--we are pleased to present it here for reference.
Posted by TEST at 2:11 PM No comments:

Notations From the Grid (Weekly Edition): On #JuneteenthDay & #FathersDay2020

On this JuneteenthDay,  we hereby present a reading of the Emancipation Proclamation & thoughts on this day from the Grid:

It is also the eve of Fathers' Day Week-End here in the United States--Happy Fathers' Day to all the Fathers among us as we look forward to "seeing" all in our Communities Next week.

Notations From the Grid (Weekly Edition): A Window Into History Courtesy Understandbly.com

Bit of a sad story today. Poignant though, and bittersweet. Also, quite old — and yet I hope, relevant.
It starts in August 1881, when a woman named Julia Sand wrote a letter to U.S. Vice President Chester A. Arthur.
This was during a very macabre time: the two-month death watch between the July day when President James Garfield was struck by an assassin’s bullet, and the September day when he died.
The nation’s eyes were on Arthur as VP, and almost nobody was happy about it. He’d been a blatant, political machine compromise candidate. The highest office he’d previously held was Collector of New York, which was a 100 percent pure patronage job.
The national mood was basically: Really? This guy is about to become president of the United States?
Enter Sand... She was 31, eccentric, fairly wealthy, unmarried, and often sickly, confined to her home, with no connection at all to Arthur—except that they were both Americans and New Yorkers.
Remember, women couldn’t even vote back then. Yet, she took it upon herself to become Arthur’s muse and his conscience. Sand wrote 23 letters to Arthur that we know of, spanning most of his presidency—pushing him, cajoling him, urging him to be a better man—even awkwardly flirting with him.
The first letter starts out like this. It’s written in a 19th century style, but I think the tone is pretty clear:

The hours of Garfield's life are numbered – before this meets your eye, you may be President. The people are bowed in grief; but—do you realize it?—not so much because he is dying, as because you are his successor.
…
Disappoint our fears. Force the nation to have faith in you. Show from the first that you have none but the purest of aims.
A hundred years hence, school boys will recite your name in the list of presidents & tell of your administration.
And what shall posterity say? It is for you to choose…

Garfield died, Arthur was sworn in. Sand kept it up.
Lots of cranks write to the White House. But, Sand pushed Arthur on all kinds of issues: civil service reform, a law that banned immigration from China (she opposed it; he signed a compromise version and she scolded him for it), and the makeup of his cabinet.
We also know two other facts.
Honestly, I felt like a voyeur reading these letters (they’re archived at the Library of Congress). Sand writes entertainingly, but she takes FOREVER to get to the point, and ultimately tells him: Look, come see me in New York sometime in the late morning, when everyone else will be gone.
Arthur was the type to play with fire, apparently, because he took her up on it.
Yes. The sitting president of the United States showed up completely unannounced at Sand’s house, 46 East 74th Street in New York, on August 20, 1882, one year almost to the date of her first letter.
The visit is half the reason we know any of this. But, it was a total disaster. I don’t know how else to put this, but Sand kind of freaked out.
It seems she was nonplussed by the fact that Arthur came by in the evening, when her whole family was there. Her brother and sisters dominated the conversation. At one point, she hid behind a curtain.
Who knows if there could have been something between them otherwise, but I wound up feeling bad for them at this point in the story. It was like a date that seemed so promising but fell flat all around.
“My brother said I was like the man in ‘Arabian Nights,’ who got the Big Genie out of the vase, and then was so frightened he wanted to put it back again,” she wrote to Arthur the next day. She asked him to meet again—but, they never did.
If it weren’t for the fact that Arthur ordered all his papers burned, but saved Sand’s letters, we might wonder if it meant anything to him all.
Both Arthur and Sand both went on to lead tragic, forgotten lives. Let’s be honest, if I’d asked you an hour ago, “Who was Chester Arthur?” would you have even pegged him as a U.S. president?
Arthur, heartsick and unwell, barely bothered to campaign in 1884 and died two years later. Sand was committed to a mental institution in 1886 —and died there 47 years later, unnoticed, in 1933. (I’m not sure she was confined the whole 47 years; she may have been in and out.)
The whole thing is so sad, except for one point: Looking through Sand’s letters and Arthur’s otherwise unexplained positions, some historians think she made a difference.
She was reform-minded and good government-heavy. Arthur, by nature, was not. These historians say her chatty letters pushed him to act differently than he might have otherwise.
“We’ll never know for sure, but there’s good reason to believe that this anonymous young woman helped to change the course of the presidency,” Scott S. Greenberger, author of The Unexpected President: The Life and Times of Chester A. Arthur, told the New York Times in 2018.
I said before that I hope this story is relevant today. I don’t have any reason to think that President Trump has a similar relationship with anyone, or that Joe Biden would if he wins in November.
But I do think there’s something to be said for people in power hearing directly from the ordinary people whose lives they affect — whether they’re citizens, soldiers, employees, or something else.
In Arthur and Sand’s cases, I just wish they’d had happier endings.
Personal story… when else would I tell this? I was in the first grade, I think, when I wrote a letter to President Jimmy Carter asking him not to adopt the metric system in the United States. I had only just learned to measure in feet and inches.
Unlike Arthur, Carter did not show up at my house. But, I did get a White House card in the mail, which I brought to school for show-and-tell.
Also, please note: my letter worked! We did not adopt the metric system!
Posted by TEST at 12:00 AM No comments:

Notations From the Grid (Special Week-End Edition): @TrevorNoah Provides an Update On #Covid19

Notations From the Grid (Special Weekly Edition): The return to Normandy

Notations On Our World (W-End Edition): Points of Light 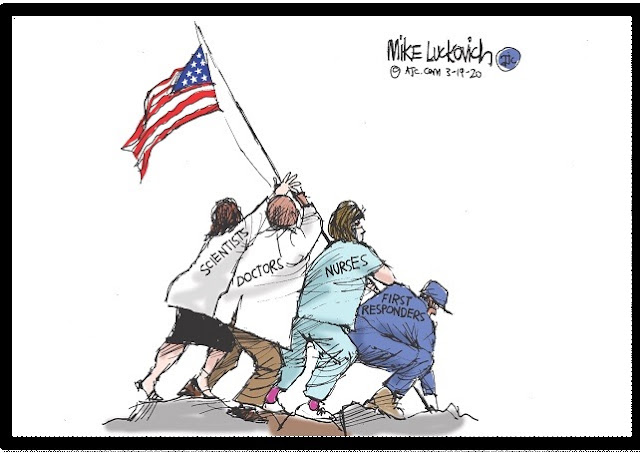 We decided to pay homage to the heroes as we begin a weekend of reflection and America has been witness to unprecedented change and transformation--and as we note how the death of George Floyd has helped change our World as we know it: 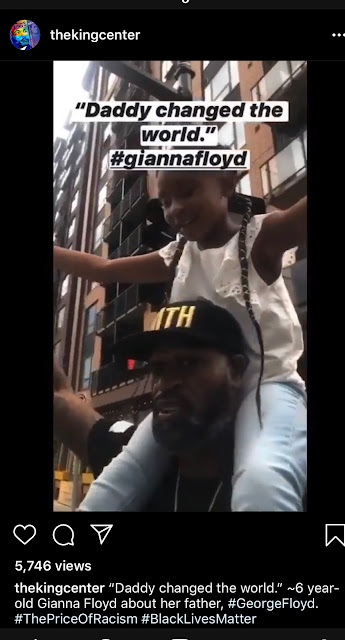 We present the following #RandomThoughts: 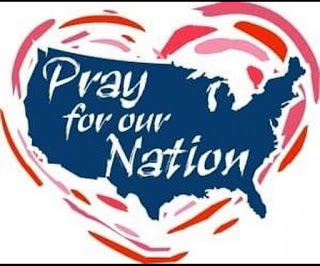 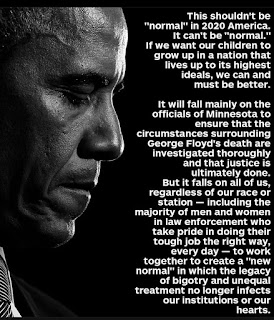 We conclude with this as @KillerMike Spoke Friday Night as the riots in Atlanta went on:

Drop everything and watch Killer Mike's speech in Atlanta tonight. I don't agree with him on all of his politics, but that doesn't matter tonight. He's 100% right about how to handle protesting and how to change the system... and it isn't burning your city to the ground. pic.twitter.com/VzDNMTM0wH
— Tim Young (@TimRunsHisMouth) May 30, 2020