Notations From the Grid (M-End Edition): On the Reality of Our World

As part of our continued mission to bring our World to our properties, we hereby present the following for consideration:

Notations From the Grid (Weekly Edition): On Israel

As part of our commitment to help to change the conversation about our World, we hereby present the Alternative View to help with providing insights on our World as we support the work of Breaking the Silence as what is turning out to be quite an election season gathers steam in Israel with Former Defense Minister Moshe Yaalon and Former Chief of Staff Benny Ganz join forces:

Notations On Our World (Weekly Edition): On #ClimateChange

We decided to release this very telling retrospective from Michael Bloomberg as we were witness to transformation in Brazil, rollbacks in the United States and the continued challenges with weather Worldwide:


We close out this edition with this courtesy of the team at Atlantic Magazine:

Two years into the Trump administration, @TheAtlantic has published Unthinkable: 50 norm-shattering moments that have defined the past 730 days. Read them all here: https://t.co/Ifb8zVwSYV #TrumpUnthinkable
— David Frum (@davidfrum) January 14, 2019

Notations From the Grid (Weekly Edition): On the Tech Scene 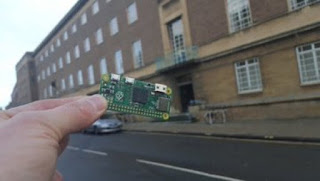 2018 was a very disturbing year in many respects.   In our view, when a leading luminary makes his views known in such a way, all the so called "FANGS"  (Facebook, Apple, Google, etc.) must take notice:


1/ Some personal news:  I've decided to quit Facebook around the end of the year. I am doing this - after being on Facebook for nearly 12 years - because my own values and the policies and actions of Facebook have diverged to the point where I’m no longer comfortable there:
https://twitter.com/waltmossberg/status/1074689946571685888?s=17

We hereby present this courtesy of the Washington Post on Privacy especially in light of the challenges of the past year :

Notations From the Grid (Weekly Edition): On the @POTUS Emergency Powers

As our team will be working to assess the emergency powers granted to the President of the United States, our team chose this to share some interesting perspective on the President's Emergency Powers:

Notations From The Grid : Stephen Is Back, The Government Is Not

Notations From the Grid (New Year Edition): #RandomThoughts On Our World

We hereby begin by sharing some thoughts & ideas as we look forward to our work here in our Property courtesy of the team at National Endowment for Democracy along with CityLab & one of our favorites, TED, with its' favorite talks of 2018:

Earlier this month, council members in Columbus, Ohio, approved $1 million for an unusual purpose: Starting in June 2019, the city will pilot a ride-hailing service to get expectant moms to their doctor’s appointments, grocery stores, and other daily essentials.
The “prenatal trip assistance” program will be small—lasting six months and serving 500 women—but it’s incredibly important. Franklin County has one of the highest rates of infant mortality in the U.S., with 150 infant deaths per year. Transportation is one strand in a web of reasons for this: Pregnant women who can’t find a ride to prenatal care visits are that much more likely to give birth preterm, the leading cause of infant death. Stress also plays a role, and unreliable transportation, among other conditions of poverty and race, can wear a person down.
So there were high hopes in 2016, when Columbus won a $50 million USDOT grant to use cutting-edge technology to improve the transportation system. The city committed as a focal point of its proposal to lift up low-income, pregnant women of color at highest risk for unhealthy pregnancies. But when I visited in late 2017, those promises had faded; there were no plans for a prenatal trip pilot, even as the city moved ahead on autonomous vehicle testing and other futuristic ideas.
My subsequent article sparked more conversation about whom urban technology is really for. And, after it was published, Columbus altered its DOT-approved project list to include a program for pregnant moms. So finally, next year, some women in Columbus will see a “smarter city” after all. Read my story today on CityLab: In Columbus, Expectant Moms Will Get On-Demand Rides to the Doctor
—Laura Bliss


We Conclude W/this Perspective From the Peter Diamandis:


We forget how fast the world is changing today.
As we ring in the New Year, let’s take a brief look back 100 years ago to 1919, as a means to truly appreciate the extraordinary world we live in today.
First, the bad news:
Proportional to the Earth’s population today, this would be the equivalent of a death-toll ranging between 200 - 350 million people. Absolutely devastating, and a reminder of how lucky we truly are today in the twenty-first century.
On the positive side, while progress was glacial in speed, here’s everything I could find that would count as “Innovation in 1919”:
What were the major technological inventions of 1919? There were two of them…
In comparison (at least technologically) we have more achievements per hour today, than 1919 had in the entire year. We are truly living during the most extraordinary time ever.
So, how much difference can 100 years of progress make? A LOT.
AND, as we march toward the Singularity, it’s important to realize that the speed of change is accelerating… and every aspect of how we live our lives will change in the next decade.
In the next 10 years, those surfing on the tsunami of change (rather than getting crushed by it) will create more wealth than was created in the past century.
Every industry will be transformed… and how we raise our kids, run our companies and lead our nations will change as well.
You can be fearful of change, or you can realize it is happening and harness it.
For those prepared, exponential change will help us digitize, dematerialize, demonetize and democratize access to energy, transportation, education, health, knowledge and communications.
Technology will turn that which was once scare into abundance, over and over again.
So, as you charge into 2019, remember that “the best way to predict the future is to create it yourself.”
Warmest wishes and Happy New Year,
Peter
Peter H. Diamandis
Posted by TEST at 12:01 PM No comments: