Notations From the Grid (Special Month-End Edition): A Window Into The Future

Notations From the Grid (Mid-Week Edition): A Historical Reflection on America....

On this mid-week edition of "Notations" here in our Education Platform, we chose an excerpt courtesy the team at Delaneys' Place about America--Please enjoy:

Plus, his big move 20 years ago this month. Then, a piece of a listicle from five years ago, and of course: 7 other things worth a click.

Funny thing. Bill Gates took to Twitter yesterday to tweet a list of his seven most favorite tweets.
The occasion is—and honestly, who commemorates this?—but it’s the 10th anniversary of when Gates jointed Twitter.
(That means that I joined Twitter 15 months earlier. Unlike Gates, we just held a quite little dinner to celebrate.*)
I’m trying to put a finger on exactly why Gates’s tweet about tweets caught my attention.
Perhaps it’s because by all rights Microsoft should have been able to build Twitter long before Jack Dorsey and crew did.
Also, Gates is currently worth about $110 billion, and the entire market cap of Twitter is only about $26 billion.
Anyway, I took the bait, and I wrote for Inc.com this morning about the commonalities among the tweets Gates picked as his favorites. (In short, they have nothing to do with anything from the first half of his life; they’re all about either his relationships or his anti-poverty initiatives.)
HOWEVER…
There’s actually a much more momentous Gates anniversary going on right now, which is that this month is the 20th anniversary of when Gates stepped down as CEO of Microsoft.
Granted, he didn’t exactly go gently into the good night. Gates stayed on as chairman for another few years, and also became the head of software strategy. Of course, he also put his first $5 billion into the Bill and Melinda Gates Foundation.
I’m working on a slightly longer, thoughtful piece about how Gates has evolved (well, I think it’s thoughtful)—which will likely run over the weekend.
Since I’ve been writing this kind of thing for a long time, however, and since all past is prologue, I took a look back at what I wrote five years ago, when yes, I was covering the 15th anniversary of Gates’s decision to step down.
Five years ago was still the age of listicles, so I came up with seven “leadership lessons” from the early life of Bill Gates—things he learned when he was young, but that other people often take a lifetime to understand.
There are other keys to his success of course, but I still like these as takeaways:

Gates’s big head start was that in 1969, when he was in eighth grade, his school bought an early computer. He was excused from regular math classes to learn to program. His first successful project: a tic-tac-toe program.

There are so many examples we could turn to here, but: that computer in eighth grade? Gates (with his friend Paul Allen) exploited bugs to obtain free computer time. When they were caught, they traded their bug-finding ability for still more free computer time.

Gates never had a problem asking for money. At age 14, he was writing code for a corporate client; by age 17, he and Allen launched their first company. At 21, he became famous for writing an "Open Letter to Hobbyists" telling them to "pay up," after he realized that amateur programmers were pirating his software.

Gates’s SAT score was “nearly perfect,” and his family valued education. He enrolled at Harvard at 17, but of course, dropped out in his second year to start Microsoft with Allen—and begin his real education.

5. When you're in charge, take charge.

Gates was a difficult, extremely competitive boss at Microsoft. At least one employee described his criticism as "devastating." But, he took responsibility. During the first five years, he oversaw every line of code. If you're old enough to have used MS-DOS or the original version of Windows, you've used a product Gates helped code.

6. Be the guy who predicts the future.

Obviously easier said than done, but Gates saw the future first at several early key moments. One of them—and this is a classic story—came in 1980, when he negotiated a deal to license the DOS operating system to IBM for a low $50,000, but had the foresight not transfer the copyright.

In some ways this should be first on the list, but we’ll use it as the bridge to the present.
Following the examples of John Rockefeller and Andrew Carnegie (and the mentorship of Warren Buffett), Gates and his wife, Melinda Gates, are now among America's most generous philanthropists. Their mission is about solving "big problems" that they believe governments are incapable of fixing.
I mean, it’s not as big a deal as 10 years on Twitter, of course, but it might have a little something to do with his ultimate legacy.
*We did not actually hold a quiet little dinner to celebrate.

I usually try not to beat myself up too much about little mistakes in Understandably, but I had to laugh at my error yesterday.

Notations On Our World (Weekly Edition): On this #Davos2020 Week-A Snapshot On Global Risks

On this #Davos2020 Week, we hereby present a snapshot on Global Risks :

Notations From the Grid (Special Weekly Edition): #RandomThoughts On this #MLKDay2020 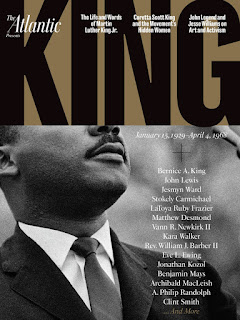 We wanted to send a special shout out to the team at the Atlantic on this special edition on this day as we wanted to present the following on the thoughts of Dr. King on this #MLKDay2020:

Please enjoy these uplifting educational depictions of our World as Phase I of the  US-China Trade Agreement was signed and as the Impeachment Trial of the President began courtesy the Financial Times and The Economist of London: 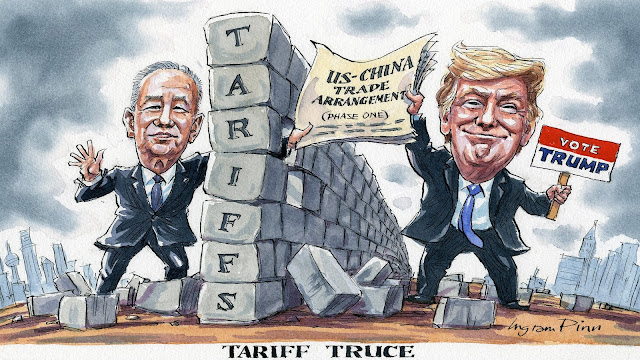