On Our "Virtual Route 66" This Week: In America 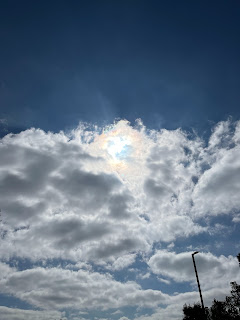 In 1761, 55-year-old Benjamin Franklin attended the coronation of King George III and later wrote that he expected the young monarch’s reign would “be happy and truly glorious.” Then, in 1776, he helped to draft and then signed the Declaration of Independence. An 81-year-old man in 1787, he urged his colleagues at the Constitutional Convention in Philadelphia to rally behind the new plan of government they had written.

“I confess that there are several parts of this constitution which I do not at present approve, but I am not sure I shall never approve them,” he said, “For having lived long, I have experienced many instances of being obliged by better information, or fuller consideration, to change opinions even on important subjects, which I once thought right, but found to be otherwise.”

The framers of the new constitution hoped it would fix the problems of the first attempt to create a new nation. During the Revolutionary War, the Second Continental Congress had hammered out a plan for a confederation of states, but with fears of government tyranny still uppermost in lawmakers’ minds, they centered power in the states rather than in a national government.

The result—the Articles of Confederation—was a “firm league of friendship” among the 13 new states, overseen by a congress of men chosen by the state legislatures and in which each state had one vote. The new pact gave the federal government few duties and even fewer ways to meet them. Indicating their inclinations, in the first substantive paragraph the authors of the agreement said: “Each state retains its sovereignty, freedom and independence, and every Power, Jurisdiction and right, which is not by this confederation expressly delegated to the United States, in Congress assembled.”

Within a decade, the states were refusing to contribute money to the new government and were starting to contemplate their own trade agreements with other countries. An economic recession in 1786 threatened farmers in western Massachusetts with the loss of their farms when the state government in the eastern part of the state refused relief; in turn, when farmers led by Revolutionary War captain Daniel Shays marched on Boston, propertied men were so terrified their own property would be seized that they raised their own army for protection.

The new system clearly could not protect property of either the poor or the rich and thus faced the threat of landless mobs. The nation seemed on the verge of tearing itself apart, and the new Americans were all too aware that both England and Spain were standing by, waiting to make the most of the opportunities such chaos would create.

And so, in 1786, leaders called for a reworking of the new government centered not on the states, but on the people of the nation represented by a national government. The document began, “We the People of the United States, in order to form a more perfect Union….”

The Constitution established a representative democracy, a republic, in which three branches of government would balance each other to prevent the rise of a tyrant. Congress would write all “necessary and proper” laws, levy taxes, borrow money, pay the nation’s debts, establish a postal service, establish courts, declare war, support an army and navy, organize and call forth “the militia to execute the Laws of the Union” and “provide for the common Defence and general Welfare of the United States.”

The president would execute the laws, but if Congress overstepped, the president could veto proposed legislation. In turn, Congress could override a presidential veto. Congress could declare war, but the president was the commander in chief of the army and had the power to make treaties with foreign powers. It was all quite an elegant system of paths and tripwires, really.

A judicial branch would settle disputes between inhabitants of the different states and guarantee every defendant a right to a jury trial.

In this system, the new national government was uppermost. The Constitution provided that “[t]he Citizens of each State shall be entitled to all Privileges and Immunities of Citizens in the several States,” and promised that “the United States shall guarantee to every State in this Union a Republican Form of Government, and shall protect each of them against Invasion….”

“I agree to this Constitution with all its faults, if they are such,” Franklin said after a weary four months spent hashing it out, “because I think a general Government necessary for us,” and, he said, it “astonishes me…to find this system approaching so near to perfection as it does; and I think it will astonish our enemies, who are waiting with confidence to hear that our…States are on the point of separation, only to meet hereafter for the purpose of cutting one another’s throats.” “On the whole,” he said to his colleagues, “I can not help expressing a wish that every member of the Convention who may still have objections to it, would with me, on this occasion doubt a little of his own infallibility—and to make manifest our unanimity, put his name to this instrument.”