View of the Week (Weekly Edition): Prepare For Turbulence


As we begin a  new week and continue our on-going strategic review, we wanted to feature this latest from the ever perceptive John Mauldin about what to be aware as we hope all visit the Google Play Store to download our APP that went live over the weekend available by clicking here:

“The job of the central bank is to worry.”
– Alice Rivlin
“The central bank needs to be able to make policy without short-term political concerns.”
– Ben Bernanke
“… from the standpoint of the overall economy, my bottom line is we’re watching it closely but it appears to be contained.
– Ben Bernanke, repeatedly, in 2007
“Would I say there will never, ever be another financial crisis? You know, probably that would be going too far, but I do think we’re much safer, and I hope that it will not be in our lifetimes, and I don’t believe it will be.”
– Janet Yellen, June 27, 2017
“My good friends, for the second time in our history, a British Prime Minister has returned from Germany bringing peace with honor. I believe it is ‘peace for our time.’ Go home and get a nice quiet sleep.”
– Neville Chamberlain, September 30, 1938 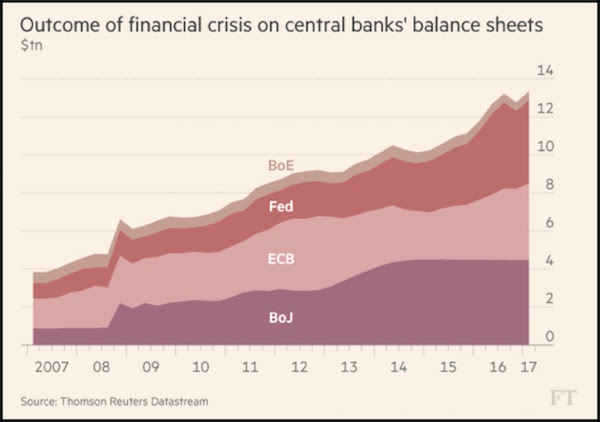