Notations From The Grid (Weekly Edition): Out & About With #RandomThoughts 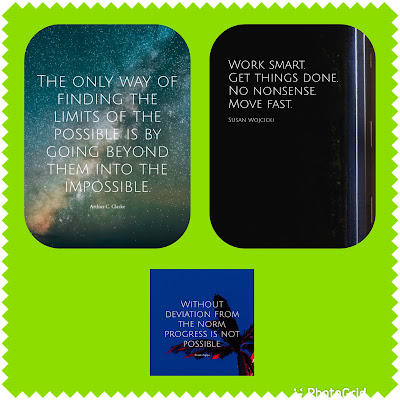 As a new week dawns, we present the following random thoughts:

Good morning.While on vacation last week, I belatedly finished Bill Gates’s How to Avoid a Climate Disaster and now can recommend the book wholeheartedly. Gates avoids the Malthusian anti-growth instincts of most climate activists, focusing instead on innovations necessary to allow both growth and climate sanity—including electricity storage, biofuels, zero-carbon cement and steel, nuclear power, carbon capture, etc.He also calls for a greatly expanded role for government—in research and development, standards setting and incentives. That reminded me of when I first met Gates: 25 years ago at dinner, the Microsoft CEO hosted for a group of cabinet officials, Congress members, and a few journalists on one of his very first visits to Washington, D.C. My sense, and that of everyone else in the room, was that he really didn’t want to be there.“When I was building Microsoft, I kept my distance from policy makers in Washington, D.C., and around the world, thinking they would only keep us from doing our best work,” he admits in the book. But now he believes that “when it comes to massive undertakings—whether it’s building a national highway system, vaccinating the world’s children, or decarbonizing the global economy—we need the government to play a huge role in creating the right incentives and making sure the overall system will work for everyone.” A sign of the times.Vacation also gave me time to read the new Georgia voter law, various analyses of that law, and numerous CEO statements on its passage. The Jim Crow rhetoric of Democratic critics clearly overshoots the mark—most of the provisions fall well within standard practice in other states.  That’s why business leaders were initially slow to respond.But taken as a whole, the law clearly makes it more difficult for voters in dense urban counties to vote and puts increased control over elections in the hands of party leaders. Add to that three important pieces of context: 1) the rationale for the change is voter fraud for which there is no evidence; 2) the state was scene of an extraordinary effort to use raw political power to overturn the election; 3) Georgia has a dismal history of Black voter suppression—and you can understand why virtually every Black CEO and former CEO of note signed a letter denouncing the law. That, in turn, sparked strong statements from Georgia-based CEOs like Coca-Cola’s James Quincey—“It makes it harder for people to vote, not easier”—and Delta’s Ed Bastian—“The entire rationale for this bill was based on a lie.”As I’ve said here before, this is not “political pandering.” Most CEOs I’ve talked with would desperately like to stay out of this no-win partisan street brawl. But in a people-centered economy, where human capital determines business success, they felt they had no choice. The upshot: Business is moving into the vanguard of advocating human rights as well as climate action, not because of partisan preference, but because their business depends on it.News below. And by the way, if you missed Bill Gates’s February stint as guest editor of the Fortune web site, you can check it out now here.Alan Murray 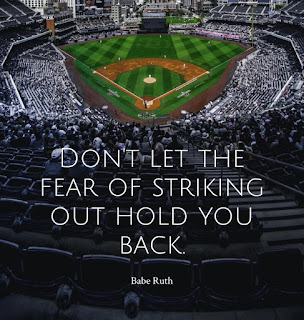 DO YOU HAVE A LONGEVITY MINDSET?

So what shapes your Longevity Mindset? It may seem obvious, but we regularly ignore shaping our Mindset and just accept what we have.

Let me share 6 key areas that you can impact today:

#1) What You Believe: At one end of the spectrum, you see life as short and precious -- you’ll consider yourself lucky if you make it to 75. At the other end, you’re focused on making “100 years old the new 60.” You see aging as a disease, and you actively track breakthroughs in biotech (e.g., CRISPR, cellular medicines) that have the potential to slow or even reverse aging.

#2) What You Read / Your Media Consumption: The type of media you consume (e.g., books, blogs, news, movies) directly affects your outlook on life -- for better or worse. Are you reading the obituaries to track old friends? Or reading books like David Sinclair’s “Lifespan,” blogs like this one, or news feeds like FutureLoop? Are you staying updated on the latest developments in longevity?

#3) Your Community: The people you spend time with shape who you are and what you do. At one end of the spectrum, you only hang out with older people who constantly talk and worry about death. It’s just a matter of time... But at the other end, you spend time with people who are optimistic and youthful, and who actively pursue longevity.

#4) Sleep: Sleep is fundamental, and critical. A great book that details this is “Why We Sleep” by Dr. Matt Walker. We actually, physiologically *need* 8 hours. Do you believe the motto that “There’s plenty of time to sleep when I'm dead”? Or do you prioritize sleep and use the best techniques to help you achieve 8 healthy hours of sleep?

#5) Diet: There is truth to the saying that “You are what you eat.” Do you eat whatever you want, whenever you want? Are you overweight, eating way too much sugar? Have you intentionally shaped your diet, with a no-sugar/keto or vegan diet? Or have you explored and mastered intermittent fasting to maximize your energy and longevity?

#6) Exercise: Along with your mindset, sufficient sleep, and a healthy diet, exercise is fundamental to longevity. The latest research on longevity makes it clear that increasing muscle mass is critical. At one end of the spectrum, you don’t exercise at all. But at the other end, you consider exercise a must. You exercise at least three times each week, for example interval training and weightlifting. Perhaps you even take peptides to manipulate your growth hormones to increase muscle mass.

Do you desire a Longevity Mindset? Where can you improve? What would it take to improve?

Ultimately, science is going to continue to extend human life. Our job is not to die from something stupid in the interim...