On Our "Virtual Route 66" This Week: As the new Month is Before Us 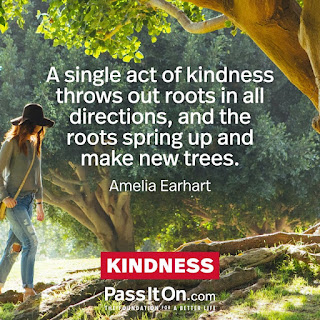 As a new month dawns, we present a snapshot of the week that was with insights courtesy the Marshall Project , The Obama Foundation, USAFacts and the Daily Stoic: Click here for further information on the Obama Foundation:
https://barackobama.medium.com/my-2022-summer-lists-264bc5ab1b0a

Ten Florida men with old felony records are charged with voter fraud for voting in 2020. Prosecutors say the former prisoners were not eligible to register or vote under the state’s new felony rechanchisement law because they had not fully paid restitution to their victims. Critics call it unfair. PROPUBLICA TMP Context: In praise of Florida’s historic Amendment 4. THE MARSHALL PROJECT A new Massachusetts law requires jails to expand voting access. BOLTS More: A Colorado man pleaded guilty last week to voting on behalf of his wife, who disappeared in May 2020. He said he voted for Donald Trump because “all these other guys are cheating.” THE NEW YORK TIMES

“There aren’t meant to be laws governing these things. They’re supposed to be part of your normal medical care.” With help from social media influencers known for spreading COVID-19 disinformation, leaders of the anti-abortion movement are trying to minimize the public health impact of the U.S. Supreme Court’s decision striking down Roe v. Wade. MOTHER JONES Related commentary: An Indiana doctor’s view on the changed legal landscape: “I don’t want to live in a place where my government tells me that child sex abuse victims must become mothers.” THE WASHINGTON POST

Steve Bannon faces a two-year maximum sentence. It took federal jurors less than three hours to convict the Trump operative of contempt of Congress for failing to respond to a subpoena from the House committee investigating the Capitol insurrection. NBC NEWS Refusing to testify under oath on Capitol Hill, Bannon went on television Friday after his conviction. He will be sentenced in October. THE WASHINGTON POST Analysis: Should the pardon he received from the former president affect the length of Bannon’s sentence? SENTENCING LAW AND POLICY

Marilyn Mosby, the indicted state attorney in Baltimore, Maryland, conceded to her opponent in the Democratic primary. Ivan Bates, who worked as a prosecutor before becoming a defense attorney, will run in the general election against Roya Hanna, an unaffiliated challenger. THE ASSOCIATED PRESS TMP Context: Facing intimidation, Black women prosecutors say “enough.” THE MARSHALL PROJECT

Two recent decisions by the North Carolina Supreme Court will give minors a slightly better chance at having their “de facto life sentences” reduced. That’s likely to help incarcerated people of color who have disproportionately received such long sentences. NC POLICY WATCH TMP Context: When the U.S. Supreme Court made it easier for juveniles to get life sentences. THE MARSHALL PROJECT

A new federal lawsuit in Illinois accuses Chicago police of misusing ShotSpotter, the gunshot detection technology, and failing to follow other leads before wrongfully charging a grandfather with murdering his neighbor. THE ASSOCIATED PRESS

Officials in Harris County, Texas, have approved a $25 million plan to transfer people from its local jail in Houston to a prison across the state. HOUSTON CHRONICLE

But it is interesting how we only ever seem to notice or comment on prices when they are higher and more inconvenient. As Derek Thompson recently pointed out in The Atlantic, for the last decade many goods and services have been artificially cheap—so cheap in fact that many venture-backed companies selling these things to us were deliberately losing money. Housing was cheap because of the effects of the ‘08 recession and the suppressed interest rates that followed not long after. Even the last couple years of reduced traffic and shorter lines at the airport was simply because of the pandemic.

How many of us appreciated this while it was happening? How many of us were grateful? Or understood that it couldn’t last? It’s important we realize that part of the stoic discipline of perception is not being deceived—by the negatives or the positives, by the number of green lights or the number of red lights when the law of averages reverts your traffic luck to the mean. Proper perception means never missing the fact that many of the “extra” costs of today are actually being paid for by the “savings” of yesterday.

Life has a way of evening out, not in a yin and yang, karmic sense, but in the cyclical nature of systems, processes, incentives, pressures and so on. Power changes hands, tastes elevate and the moderate, prices go up and down, markets do what they do. Perspective helps you notice these cycles and not be spun around by them—or rather be spun around by our opinions about them.

It’s our opinions about these things—the good and the bad—as the Stoics say, that upset us. And those are the only things we control.