Welcome to August here in the Daily Outsider!!

We begin by featuring this we released earlier on our Facebook Wall as the debate over the Trump Presidency continues on the nature of Facism.  The Author, Marc Cooper, is a noted Journalist and commentator who served on the staff of President Allende of Chile who was overthrown in a CIA-Sponsored Coup in 1973 and was killed:


I hope this is the last post EVER I do on the "debate" over whether or not Trumpism is Fascism.
As a student of 1930's Europe I could give you a long and boring recount why it is not. I will reduce that whole history to two sentences: historically Fascism only rises to power to counter a revolutionary socialist movement that has been in power or threatens power. The primary focus of fascism is counter-revolution. If you think America faces the threat of socialist revolution you are crazier than Trump.
Now, I will speak from the personal experience of having lived in the flesh the fascist coups in Chile and Argentina and having also been in both countries during the dictatorships. In Chile I worked for the president at the time of the coup so with all humility I was more or less at the epicenter.
Here were their shared defining characteristics:
1. Seizure of power by the military backed by ultra-right parties and the immediate suspension or abolition of the constitution..
2. Immediate imposition of a state of siege and a prolonged curfew (10 years in Chile).
3. Closure of congress. Abolition of ALL civil liberties.
4. Abolition of all political parties and a free press. Round the clock censorship including of the arts.
5. Wholesale murder of leading peaceful opposition leaders and politicians. Mass jailings and systematic torture.
6. Squashing of an independent judiciary and an abolition of habeus corpus.
7. Outlawing by bayonet and gunfire all labor unions.
8. Deployment of govt and paramilitary death squads that engaged in forced disappearances, assassinations, throwing people out of helicopters and dumping of unidentified and sometimes mutilated bodies in mass graves.
9. Military control of all universities and schools, including grade schools.
10. Activation of a nationwide, organized support network that seized power in all major cities and rural districts. (Impossible in America where all big cities are Democratic).
11. An all-pervading FEAR that you were never safe, that at any moment your door can be broken down or you can be swept off the street and never seen again. And I do mean all-pervading.
This is what I saw and felt. I do not see anything similar here. If you do, you need to see an optometrist.
Saying that Trumpism is not Fascism no way denies he is personally an authoritarian, nor does it deny that authoritarians and fascists along with some other quite normal but confused people support him.
It does not mean that his administration is benign or that it has not and will continue to wreak as much damage as it can. Nor does it mean in any way he should not be confronted and resisted.
It does mean that the US in 2017 presents almost none of the social factors that are the building blocks of fascism.
So... then.. what difference does it make what we call it? IMHO, it means a lot. Calling his admin fascist grants him way more power than he deserves or has. It overestimates his strength and tends to make you overlook the splits and contradictions within the circles of power around him... or against him. That, in turn, renders you impotent to exploit and widen those splits. Susan Collins is a reactionary Republican... but hardly a fascist. The presence of people like her in the Senate clearly can make a difference.
Mostly, invoking Fascism scares people and has a tendency to DE-mobilize protest because, after all, no fascist state has ever been overthrown by peaceful marches or hashtags.
If you believe we are living under fascism or in its ante chamber you better get yourself an AK or an AR and learn how to use it. I have a couple extra if you want to buy one.
Trump is evil, malevolent and dangerous. He is also on the defensive and losing support. Nothing here is predetermined but we do have the political freedoms to oppose him and, yes. to defeat him. Defeating him will lead not to Deliverance but probably to Democrats. Not my first choice, but it's better than what we have now.
Don't let him off the hook by declaring him and the Americans who voted for him unbeatable fascists. You sound like scared crybabies.

As we noted earlier in our "home" Property, I  has been quite a month as our World has been witness to the implosion in Venezuela, the North Koreans yet again threatening the United States as this image apparently shows missiles falling down the sky: 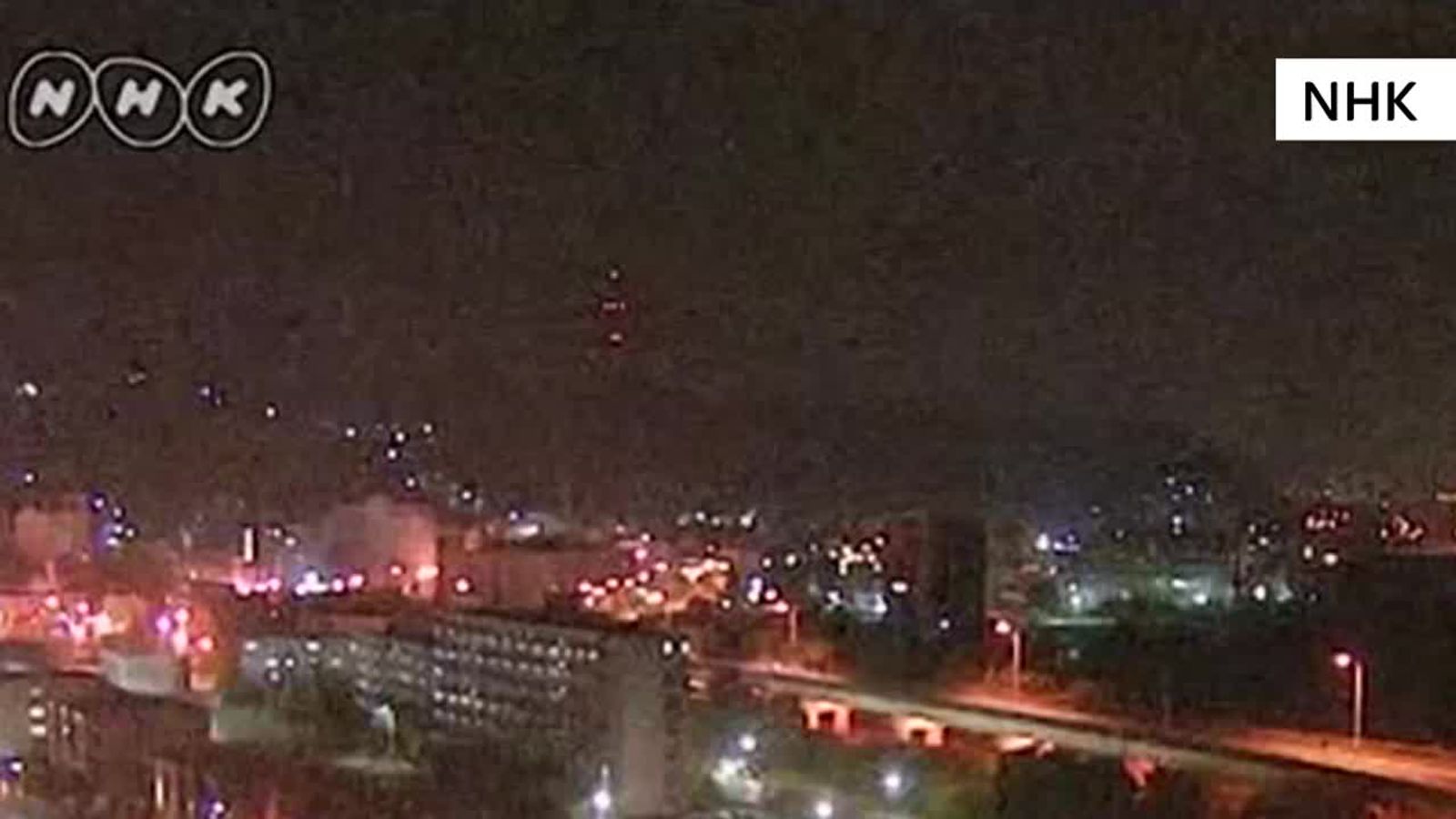 July was also  President Trump yet again being President Trump.    This is also as Iran and the United States seem to be on a collision course in the aftermath of Iran's latest launch of a Missile that ostensibly was for a a Satellite.  Iran also seems to be headed for some further confrontation  with various factions as President Rouhani finalizes his cabinet.    Our team reviewed reporting reflecting the fact that Candidates for Foreign Minister, Defense Minister and Intelligence had to be vetted by the Office of the Supreme Leader before being presented to Parliament.    It is also of note that Iran's Justice Minister is also indirectly appointed by the Supreme Leader as he's due to be appointed from an approved list by the head of the Judiciary--A Supreme Leader Appointee.   It will be quite a month.

As we go dark in these pages for the Month of August, our Twitter Feed will be active with our daily updates courtesy of Nuzzel and Paper_li along with our Broadcast POD which will feature live feeds from Al Jazeera and Sky News.     Despite all the challenges at hand, we remain hopeful about our World as underscored by this recent snapshot our team received recently from the team at TED.COM

Onward to August with all its' possibilities .