On Our Virtual Route 66 This Week: A look Back At History

While on our Virtual Route 66 this week, our team pulled together the following courtesy the team at the Doughboy Foundation as we look forward to the continued privilege to serve: 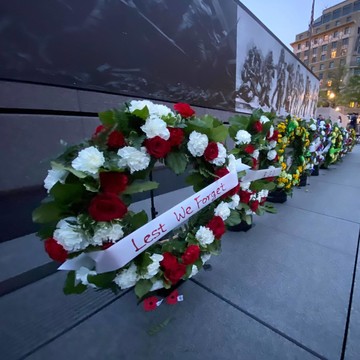 A family link to Lusitania tragedy in 1915

World War I Veteran will be celebrated May 20 during EMS Week at National WWI Memorial in Washington, DC

Indiana Hometown Hero in WWI is honored with historical marker

The Tomb of the Unknown Soldier Centennial Museum Exhibits

USS New York: The only US battleship to sink a German U-boat in World War I

Zero Milestone: Ike, World War I, and The American Century of Oil

How an ‘Imposter’ Journalist Changed the Course of World War I

Bonner’s Community Gardens were a marvel during World War I