Notations From the Grid (Weekly Education): On the Education Scene In California

Reality check: Masdar City is supposed to be Abu Dhabi’s city of the future. Conceived in 2006, the masterplanned 2.5-square-mile neighborhood set out to be a showpiece of compact, energy-efficient urban development. Some 50,000 people would live there and take advantage of its walkable design and clean technology. To the rest of the world, Masdar City is intended to signal the United Arab Emirate’s commitment to becoming greener; the country currently emits 25 tons of carbon per capita annually.
Yet when World Urban Forum attendees toured the city earlier this month, there were signs of potential challenges to come. The current reality of the rest of Abu Dhabi keeps imposing in jarring ways, writes contributor Anthony Flint, including the lack of a light rail line connecting Masdar City to other parts of the city. The only way to get there is by car. Also notably missing were pedestrians. But Flint did find plenty of cats basking in the desert heat. Today on CityLab: What Abu Dhabi’s City of the Future Looks Like Now
-Linda Poon 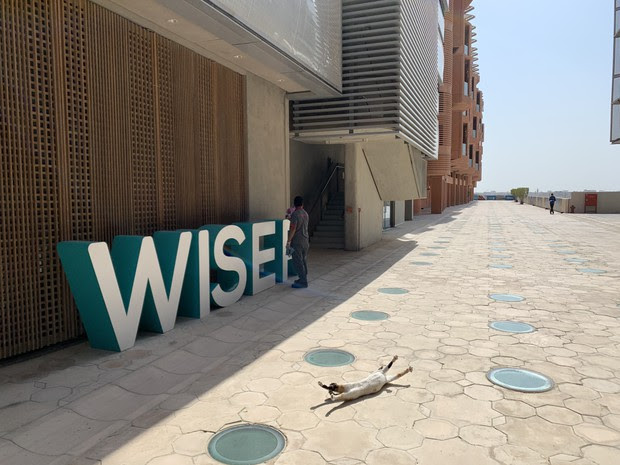 Anthony Flint/CityLab
Posted by TEST at 5:30 AM