On Our Final "Virtual Route 66" For the Month 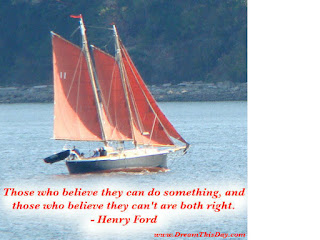 We present the following #RandomThoughts as we bid farewell to August and await September--We will be dark through labor day here in the United States:

Before I start any book project, I take a few hours and re-read The War of Art by Steven Pressfield, maybe the greatest book ever written on the creative process. Well, on this book I just ar of Art by Steven Pressfield, maybe the greatest book ever.   Well, on this book I just started, I changed it up a little because I got an early copy of Pressfield’s new book, Put Your Ass Where Your Heart Wants to Be. I love the title so much because it’s the perfect advice for nearly every difficult thing. If you want to get in shape, put your ass in the gym. If you want to have a great relationship with your kids, get your ass down on the floor where they’re playing. If you want to write a book, put your ass in the chair. Even when you’re tired. Even when you don’t want to. Even when you don’t see the point. That’s what it’s about. You don’t have to be perfect, but you do have to show up. (In a word, he’s also talking about discipline). I was very glad to have him out to interview about the book too, (which you can listen to here). And he was nice enough to sign copies of pretty much all his books (Gates of Fire, A Man at Arms, Virtues of War, Turning Pro, The Artist’s Journey, and The Authentic Swing, which we have at the Painted Porch Bookshop).

I also talked last month about the swarm strategy, and I’ve been swarming Truman. I first read this biography in 2020, I reread it at the beginning of August, and then I was sad to learn about the passing of McCullough on the 7th. If you haven’t read his work, you must. (If you’ve ever been to The Painted Porch, you know I only carry my favorite books and among that selective inventory are McCullough's Truman, The Johnstown Flood, and Mornings on Horseback). McCullough is a world-class biographer and an amazing storyteller, and Truman was a singular American president. I think he is the most unique and interesting President ever. He didn’t go to college, failed as a clothing store owner, somehow ended up succeeding FDR and ushered in the Nuclear Age, and was generally a stand-up guy. He was also a big reader. We built the Daily Stoic reading course around his famous quote: “Not all readers are leaders but all leaders are readers.” Truman was a reader after my own heart—he devoured books on all topics, lived and breathed history and almost certainly drank deeply from thinkers like Plutarch. Don’t be put off by this big book (1,120 pages)—the pages turn like that. I also read Citizen Soldier: A Life of Harry S. Truman by Aida D. Donald, a much shorter but also fascinating volume biography of Truman. I enjoyed The Trials of Harry S. Truman: The Extraordinary Presidency of an Ordinary Man, 1945-1953 by Jeffry Frank. I absolutely LOVED Plain Speaking: An Oral Biography of Harry S. Truman by Merle Miller, which I found trying to track down a passage about how Truman read and marked up Meditations. Oral histories are an underrated form of book and this one, mostly from a collection of interviews for an unrealized TV project, is one of the best I have ever read. Just a masterclass of lessons on leadership and life—I folded over just about every page.

If you’ve been to the Painted Porch or seen pictures, you’ve seen our book tower. It’s 20 feet tall and made of some 2,000 books, 4,000 nails, and 40 gallons of glue. A good chunk of the books in the tower came from Books by the Foot, which will send you boxes and boxes of random books. When the tower was finished, among those 2,000 books, I spotted Sea of Thunder. I’ve long been an Evan Thomas fan (his book Being Nixon: A Man Divided is one of the best books I’ve ever read about a politician and I got a lot out of his book First, about Sandra Day O’Conner), so when I saw Sea of Thunder, I immediately ordered my own copy. It’s a fascinating book about the naval battles of the Pacific War, which I did know know much about. Thomas does a remarkable job portraying the Japanese side (shocker: their racism was at the root of many of their strategic mistakes in the war). I complemented this book with a visit to the National Museum of the Pacific War which happens to be located… in the middle of a small town in the Texas Hill Country. All these books tie in with two books I’ve recommended recently: Sailing True North and To Risk it All by Admiral Stavridis. You can also see my talk to the US Naval Academy from earlier this year on YouTube.

​Rome’s Last Citizen: The Life and Legacy of Cato, Mortal Enemy of Caesar by Rob Goodman and Jimmy Soni

I first read a galley of this book in 2011, before I published any books about Stoicism. To reread it more than a decade later, I continue to be impressed by Cato’s ability to live on principle, his bravery, his self-sufficiency, the standards he held himself to. But I now better appreciate the criticism from his opponents about his inability to compromise, to be flexible, to assume formlessness, as Robert Greene puts the final law of power. For Cato, to compromise—to play politics—would have been moral capitulation. But playing politics is the very job of a politician. No one captured this tension better than Plutarch did in his profile of Cato in The Parallel Lives. Related, I highly recommend Plutarch’s How to Be a Leader. We were able to feature excerpts from the book on the Daily Stoic podcast, which you can listen to here and here.

​Roger Williams and the Creation of the American Soul: Church, State, and the Birth of Liberty by John M. Barry

I’ve said that Rising Tide is one of the greatest narrative non fiction books I’ve ever read. And I absolutely raved my head off about The Great Influenza many times during COVID (if you haven’t read it, you must!). When I was interviewing Barry for the podcast, I mentioned the phrase church and state to which he replied, "you know I’ve written a book on that?" I didn’t know! But once again, writing about the past, Barry nails exactly what’s happening in this moment—when people are trying to insert religious beliefs into politics, betraying the genius of our founders, who intended not just to respect differences of opinion on these impossible questions, but fundamentally enshrine that in the law. Roger Williams, fleeing not just the religious persecution of Europe at that time, but impossible, intractable conflicts that come from trying to answer inherently personal questions with the levers of state, built Rhode Island on a fundamentally different premise…and we are lucky he did so…and fail to follow his example at our peril. As you’d anticipate, this one is a little drier than a book about the 1927 Flood or the Spanish flu, but it is equally timeless.

I wrote a Daily Dad email about a great piece in The Atlantic by Mary Laura Philpott, and it turned out Philpott’s husband is a Daily Dad subscriber (you should be too!), and they sent me a copy of her book Bomb Shelter: Love, Time, and Other Explosives. It’s a sweet and moving book. Being a parent the last few years has not been easy, but then again, has it ever been? Have you read the Bad Art Friend piece in the New York Times? It’s unreal. Humans are crazy! Just do your best to be less crazy. I loved listening to Michael Mann on Marc Maron and am picking up the book he just wrote about the characters from the movie Heat. And I really enjoyed this piece by former NFL quarterback Jamarcus Russell published in The Players Tribune. It's a good reminder that you never know the full story, you never know what all someone has been through, you never know what someone is going through.

As a parent, one of our most important jobs is raising our kids to be readers (“Thou Shall Raise A Reader” is one of the commandments in The Stoic Parent course). Author Maya Payne Smart wrote an amazing new book, Reading for Our Lives, that helps parents not only understand why your child should read, but how. Smart stopped by the Painted Porch to sign copies, which you can pick up in person or online. It’s August, so my oldest just started back at school. Fittingly, we read Pigeon Has to Go to School! Our youngest isn’t quite old enough for school yet, but also in the back-to-school spirit, we read Time for School Little Blue Truck to him. This month one of our biggest kid’s book sellers at the Painted Porch has been Diary of a Wimpy Kid, which is a great back-to-school gift. And if your kids like graphic novels I recommend New Kid by Jerry Craft. We began carrying it after it was banned in a Texas school district.