On Our Virtual Route 66 This Week: Out & About In America 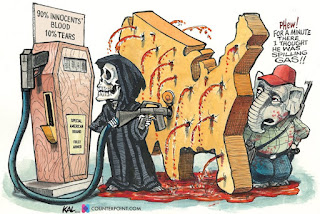 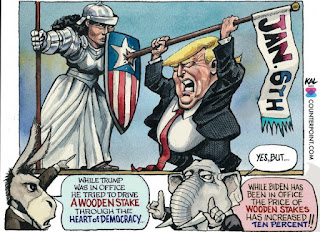 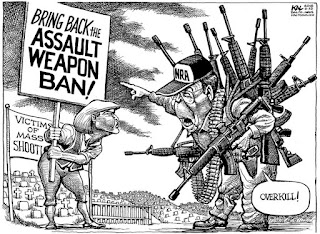 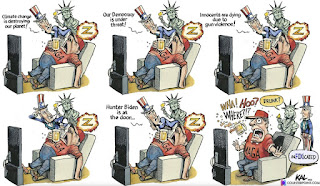 On this day in 1861, President Abraham Lincoln signed into law a new tax law to help fund the United States government during the Civil War. Far more than writing a traditional revenue act to address the catastrophic war that had demonstrated its horrors just two weeks earlier at the Battle of Bull Run, Congress deliberately constructed the law to shift ownership of the American government away from the bankers who had previously provided Treasury funds, to the American people.

Over the next four years, the Republican Congress would put taxes on virtually every product in the country and then, to guarantee that “the burdens will be more equalized on all classes of the community, more especially on those who are able to bear them,” as Senate Finance Committee chair William Pitt Fessenden (R-ME) put it, they invented the nation’s first income tax.

Morrill thought it was important for the federal government to collect the tax directly to illustrate that people were supporting the United States of America, not individual states, as they might think if states collected the taxes. The federal government had a right to “demand” 99% of a man’s property for an urgent necessity, he said. When the nation required it, “the property of the people… belongs to the Government.”

Indeed, the new taxes cemented loyalty to the United States. With their money behind the war effort, Americans became more and more committed to their cause. As the war costs mounted, far from objecting to taxes, Americans asked their congressmen to raise them, out of concern about the growing national debt. In 1864, Senator John P. Hale (R-NH) said: “The condition of the country is singular…I venture to say it is an anomaly in the history of the world. What do the people of the United States ask of this Congress? To take off taxes? No, sir, they ask you to put them on. The universal cry of this people is to be taxed.”

Enlisting more than 2 million soldiers and sailors into the war effort, moving them, equipping them, and arming them eventually cost the United States more than $5 billion. Taxes paid for about 21% of that cost.

This day in history seems relevant again in 2022 as today’s Republicans stand united against the Inflation Reduction Act.

This new bill, announced by Senator Joe Manchin (D-WV) and Senate majority leader Chuck Schumer (D-NY) on July 27, will invest $386 billion into addressing climate change and new energy development, and $100 billion in new health care spending, including extending subsidies for the Affordable Care Act. The measure will raise about $790 billion in savings and revenue over a decade. It will save money by enabling Medicare to negotiate the prices for certain prescription drugs and by beefing up funding for the IRS to enforce existing tax laws. It also will raise revenue by requiring corporations to pay a minimum tax of 15%. The measure is projected to raise about $50 billion a year for 9 years, which will be used to reduce the federal deficit by $300 billion.

Last night, Arizona senator Kyrsten Sinema, the last Democratic holdout on the bill, said she would support it if leaders added drought money for Arizona and removed the carried interest loophole that lowers taxation for certain wealthy hedge fund managers. The carried interest loophole would have raised $14 billion, but Democrats instead added a 1% tax on stock buybacks, which is expected to make up that money.

The measure is expected to pass the House but can make it through the Senate only because Democrats will pass it under the system known as reconciliation, which cannot be filibustered. Republicans are dead set against the measure, although all of its pieces are widely popular. Indeed, the Inflation Reduction Act seems to reflect the sort of government the Republicans constructed during the Civil War: one that answered to the American people, and one in which the government is making an effort to distribute the costs of that government among people according to their ability to pay.

Today’s Republicans reject the idea. Instead, echoing Republican rhetoric since the 1980s, Senate minority leader Mitch McConnell (R-KY) has taken the position that taxes do not build the country, but destroy it. He says that Democrats “want to pile on giant tax hikes that will hammer workers and kill many thousands of American jobs.”

And yet, in the Wall Street Journal, Princeton economics professor Alan S. Blinder, who served as vice chair of the Federal Reserve from 1994 to 1996, points out that the proposed tax changes “are tiny compared with the Trump tax cuts,” which “slashed the top corporate tax rate from 35% to 21% and allowed more items to be expensed.”

What is at stake in this contest is the same issue Republicans grappled with in the 1860s, guaranteeing that “the burdens [of taxation] will be more equalized on all classes of the community, more especially on those who are able to bear them.” Now, though, it is the Democrats taking up that cause.

The Senate will work on the bill this weekend.

The introduction of the Inflation Reduction Act caps what has turned out to be a spectacular week for the Biden administration. Jobs numbers out today showed not the downturn that many expected, but instead the addition of 528,000 new jobs, restoring the U.S. job numbers to where they were before the pandemic and putting unemployment at 3.5%, the lowest rate in 50 years. The United States Chips and Science Act (CHIPS) and the Promise to Address Comprehensive Toxics Act (PACT) have both passed Congress. The president authorized and troops achieved the killing of al-Qaeda leader Ayman al-Zawahiri. And gas prices have hit a 50-day low.

Tonight, President Joe Biden announced that a drone strike managed by the Central Intelligence Agency at 9:48 Eastern time on Saturday killed al-Qaeda leader Ayman al-Zawahiri, 71, who took control of al-Qaeda after the death of leader Osama bin Laden. The precision strike hit Zawahiri as he stood on a balcony in a prosperous section of Kabul, Afghanistan. There were no civilian casualties.

Zawahiri believed that attacking the U.S. and allied countries was essential to undermining the pro-Western Arab regimes that were standing in the way of uniting Muslims around the world. In 1998, he wrote, “To kill Americans and their allies—civilian and military—is an individual duty for every Muslim who can do it in every country in which it is possible to do it.” In that year, he was a senior advisor to bin Laden when al-Qaeda bombed the U.S. embassies in Kenya and Tanzania, killing more than 200 people and wounding more than 4500 others. He planned the bombing of the U.S.S. Cole in 2000, which killed 17 U.S. sailors and wounded dozens more. He helped to plan the attacks on the World Trade Center and the Pentagon on September 11, 2001.

Under the Doha Agreement of February 29, 2020, negotiated by the Trump administration and the Taliban without the involvement of the then-Afghan government, the U.S. agreed to withdraw all its forces so long as the Taliban promised not to permit terrorist organizations to operate within their territory. And yet the Taliban takeover in Afghanistan a year ago provided Zawahiri with the ability to operate comfortably in that country.

When President Biden withdrew remaining troops from Afghanistan in August of last year, he said the U.S. would be better served by fighting terrorism with “over-the-horizon” attacks rather than with soldiers on the ground. The elimination of Zawahiri proved his point. “No matter how long it takes, no matter where you hide, if you are a threat to our people, the United States will find you and take you out,” Biden said.

Meanwhile, in Washington, Judge Dabney Fredrich sentenced Capitol rioter Guy Reffitt to more than 7 years in prison, 3 years of probation, $2000 in fines, and mental health treatment. In March, a Washington, D.C., jury found Reffitt guilty of five charges in connection with the events of January 6, including obstructing an official proceeding and threatening his children to keep them from reporting him to law enforcement officials. Reffitt was a recruiter for a militia gang. He brought a gun to the riot, boasted of leading the charge into the Capitol, and threatened House Speaker Nancy Pelosi and then–Senate majority leader Mitch McConnell. He had been eager to take his case to trial, but after being found guilty, he said he was a “f*ck*ng idiot” who was parroting “founding fathers and stupid sh*t like that” around the time of the riot.

Prosecutors wanted to attach penalties for terrorism to the sentencing, but Fredrich declined, sayng that would creae an “unwarranted disparity” between his sentence and those of other rioters.

The cargo ship Razoni left Odesa today on its way to Lebanon with 26,000 tons of corn from Ukraine. On July 22 the United Nations and Turkey signed agreements with Russia and Ukraine to open Ukraine’s ports on the Black Sea to allow exports of grain to relieve a growing food shortage. Ukraine and Russia export billions of dollars’ worth of agricultural products, and Russia’s invasion of Ukraine cut off exports and sent food prices soaring.

Ukraine’s infrastructure minister, Oleksandr Kubrakov, wrote on Facebook that Ukraine’s ports would be fully operational in a few weeks, and cheered the help for the global food shortage. Meanwhile, Russia bought into the deal because it allows Russia to export grain and fertilizer, which western sanctions have frozen.

Still, Russia has repeatedly bombed the region around Odesa since the deal was signed.

Rep. Elissa Slotkin @RepSlotkin
The news of the successful hit on Ayman al-Zawahiri stopped me in my tracks. He was one of the masterminds of 9/11, the attacks on the USS Cole & our embassies in Kenya & Tanzania, and supported al Qaeda as they targeted many others across the globe. But tonight, he is gone. 1/

Jordan Fischer @JordanOnRecord
Judge Friedrich rules Guy Reffitt's offense level will be 29 with the adjustments she agreed on. That makes his recommended sentencing guideline 87-108 months in prison. But first: DOJ arguments for multiple upward departures.