View of the Week (Special @POTUS Edition): From the Grid Re: @realDonaldTrump @100 & Beyond

Throughout the last number of days as President Trump's Administration went past the 100-Day mark, there have been many analysis from the leading newspapers including the New York Times, the Washington Post and the Wall Street Journal.   Our team featured a number of it throughout the "100-Day Watch" Week.       Our team chose this simple clip courtesy of the Washington Examiner that captures some key highlights from the President's First 100 Days:

This was the View from the White House:

This from the President was also telling as he praised the North Korean Leader and also had apparently what was characterized as a friendly conversation with the President of the Philippines.   Professor Turley's Comments on it that appeared on his Blog late on Sunday is quite telling: 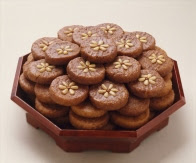 Today on Face the Nation, President Donald Trump said that he was not sure if North Korean Dictator Kim Jung-un is sane, but he is clearly "a pretty smart cookie" since he was able to hold and keep power at such a young age.  The statement has people around the world stunned since Jung-un has spent years killing people in a paranoid rage, including feeding people alive to animals or shooting them with anti-aircraft weapons.  One does not have to be smart to rule by terror.  You just have to be a murderous maniac.
Read more of this post
Posted by TEST at 9:57 PM